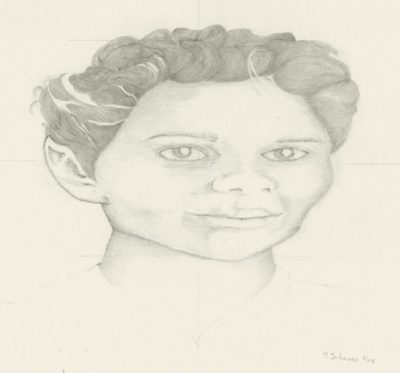 The dvarsh are a species of terrestrial primate closely related to humans. They now live primarily in self-imposed exile from the world of their origin. Small, robust and extremely long-lived, the dvarsh are the original from which countless human legends of magical little people have taken flight. It is their boast that they invented writing, smithing and textiles millennia before humans developed proper speech. Departing sharply from the human experience, material technologies in dvarsh culture, while quite sophisticated, have typically been of less importance than technologies of mind and imagination.

They and a smaller, gracile species, the thrm, share common ancestry with anatomically modern humans some time close to that with another species, the Neanderthals. Dvarsh investigators resist sharing evidence regarding on which side of the divide they fall. The rare human observers unanimously argue for a post-Neanderthal dvarsh/human separation. Reproductive success for dvarsh/human mixed couples is reduced, but the hybrid children who do result are fully fertile and largely seem to express the best of both parent species.

Three self-identified subspecies or ethnicities of dvarsh emerged in remote antiquity. The zek, who lack pigment in their skin, and whose eyes have black irises and scleras, are native to polar regions of the northern hemisphere, but long ago established a presence on the Antarctic mainland. The hazl, whose crimson skin contrasts with green hair, evolved in and populated forests of what became the Western Isles. The great majority of dvarsh, the atwezlo, with complexions ranging from sandy tan to darkest brown, most closely resemble the ancestral population from which all three rose. Dvarsh have inhabited such a diversity of habitats across the globe for so long that no candidate for place of origin is beyond dispute.

Nod’s Way, or Hidden Dragon – the ancient oracle of the Dvarsh

Donations help keep the world of the Dvarsh alive and caffeinated!